Today we had planned to just go to see the Pantheon, Rome’s oldest intact church that was built almost 2000 years ago since we were a bit tired from our Vatican Museums tour yesterday, but the day had other plans for us….

We thought we would walk over since it was just about three miles and on the way we were just walking down the street and saw this: 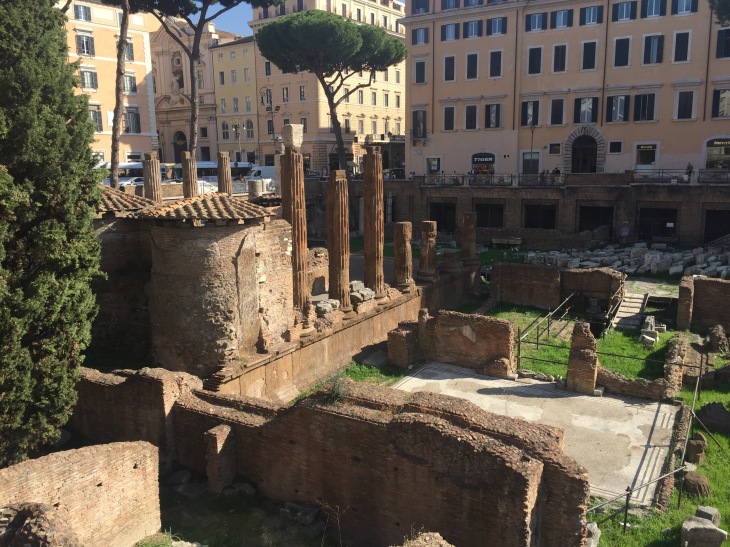 I’m not exactly sure what this excavation was since there were no signs on it that we saw, but it was our entry into the amazing mixture of current day life and ancient ruins/structures that make up city center Roma.

A short walk from the ruins above and we were at the Pantheon. It  is nothing short of amazing. Built around 118-128 A.D., the fact that it is intact is amazing enough but the condition of the interior is simply astonishing.

Exterior of The Pantheon

The dome is the largest unreinforced cement dome in the world.  It’s open center, called the oculus, allows the structure to flex in order to precent cracking and keep the structural integrity.

The interior of the dome looks like it could have been made last year, not almost 2000 years ago.  The Pantheon is still a working church and we spent a long while just wandering around in awe and getting stiff necks looking up at that roof.

When we left there, we realized that we were in the general vicinity of several other things that we wanted to see while in Rome and since it had been a decent walk to get there it seemed to make more sense to see what we could while we were there rather than walking back another day.  Not a bad decision but it might have made sense to stop for some actual food at some point rather than just the cafe lattes that we had around noon… 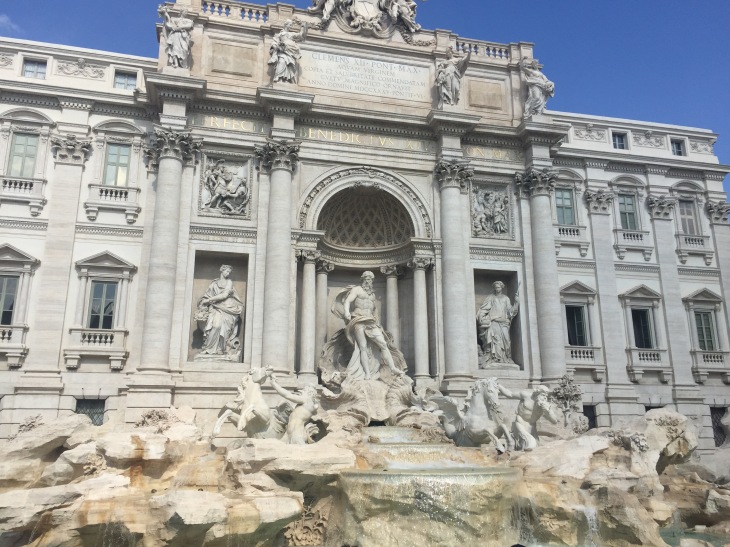 Next stop was the Trevi fountain.  It has recently been cleaned as you can see from its pristine condition.  Very impressive.  Hard to tell from this picture but it is huge.  This is a very crowded and touristy area so we checked it out but did not stay long.

We walked on to look for our next stop, the Roman forum. 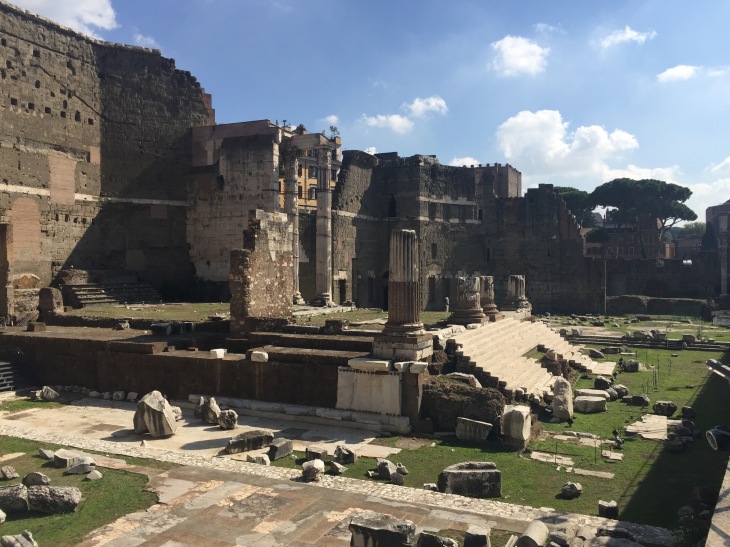 Again, a monumental ruin in the middle of the city.  This was the building that housed the courts back in ancient Rome.

And of course, since we were in the general area, we also walked over to the Colosseum.  Another astounding architectural accomplishment by the Romans that has been studied and copied by designers over the last few thousand years. 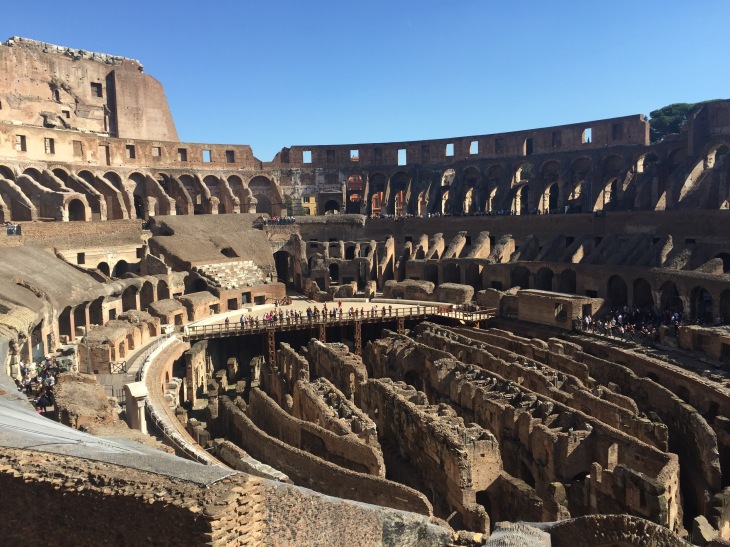 We walked around this about three times and climbed stairs to the level where we took this picture.  By now it was about 4pm and we had been walking since 10 with one stop for lattes.

We started back for home and unfortunately took the wrong route and walked up a large hill thinking it was the most direct way back to our side of town, unfortunately, it led to a small church on top of a dead end.  We went in the church, sat in a pew and wiped the sweat off our faces (it was about 84 today).  We prayed for the strength to make it home and went back down the hill and around it to find our neighborhood on the other side of the Tiber river.

We looked for a little cafe where we had stopped a few days ago and we shared a gigantic bottle of beer and food, glorious food.  Lesson learned, if we go nuts with the walking, we must stop to eat along the way.

I think tomorrow we will work on doing less and just have a quiet enjoyable day. We’ll see.  Sometimes that is easier said than done. 🙂